With so many guitar-playing singer-songwriters making their mark, it's refreshing to hear a real piano man like Greg Walsh. Eva Roberts reports.

And he's not just a fine piano player. Greg possesses an eclectic musical style, ranging from blues, to jazz, to soul and rock, and what's even better is the fact that he owns an incredible voice.

With the release of his first full length originals album, “A Busy Street”' Greg hopes to make the piano a noticeable instrument again.

“In Australia and the world, there is a lot of guitar and not much piano, which is a pity.” he says. “I think the piano is a fantastic instrument. I love the tone of it and the things you can do with it, and it is really diverse. I remember that there used to be a piano in every pub once upon a time.”

With that memory in mind, listening to Greg's album does have a tendency to hark back to the good old days of hearing a pianist in a smoky pub somewhere. And that's not saying his songs have the sound of yesteryear – far from it.

In his early years, Walsh developed an obsession with synthesizers, and spent many years composing songs this way before completing a full circle and turning back to the piano.

“Unfortunately synthesizers became unfashionable because a lot of music was made by people who didn't have much talent, but could still put something out.” he says “So synthesizers got quite a bad name, which is quite sad because they can still make beautiful music - it is a matter of who uses them I guess.”

While synthesizers still appear in his work now, it is more of an accoustic-style Greg's music embodies.

Three years worth of writing, and a year in the recording process, Greg has presented a wide cross section of songs, from traditional-influenced blues numbers, to ballads, and soft rock.

He says every band and musician he has admired, from Stevie Wonder to Etta James and Deep Purple, had that special something in their songwriting.

“What they all had in common was this sense of soul.” He says “That is an important ingredient in music to me.”

In the last months we received a lot of news from Australia and we are happy about that. Today we have a CD with the name "A Busy Street" from Greg Walsh in the CD player. Greg is a singer, pianist, composer, songwriter. He lives and works in Melbourne and the music is a mixture of jazzy blues, rock and soul. The very special sound of Walsh's voice makes it difficult to compare with other singers, but it fits well with this type of music. Listening to the title track was a concern with the sound of the synthesizer which we found screwed the song, but luckily starting with the second track "Do What You Say You'll Do" Walsh chooses the much better sound of blues piano. Then the song "Love the Third World" has very nice soul qualities, which immediately reminds me of Stevie Wonder. This suggests Greg Walsh is very influenced by him. This is also valid for the song "Sticky Fingers" where Walsh, the crooner from down under uses violins and has a jazzy quality. Walsh can also rock like in "Money Runs Dry" and with this kind of song isn't as convincing as his ballads with lots of moments of blues. The lyrics are dealing with a lot of changes that are necessary in the world. (There is a little Obama in Greg) The pain of life goes so quickly now days, money is a pain for mankind, and of course love. In one of the best songs from the CD reminds me of Bob Dylan. "Too Many Laws" with that song describes the difficulties of bureaucracy which always puts limits on mankind. Eg. "Power over everyone, power over me, didn't they hear that Beatles song Let it be, let it be". The lyrics of Greg Walsh are very clear. He describes things very well and he would possibly also do a very good job in politics. At the moment we are very happy that for now and then we are hearing his piano playing.

Greg Walsh's "A Busy Street" Will Take You Away!

Greg Walsh is an accomplished musician.

His song "Pool of Love", made it to the final six songs in the nab songwriting contest.In 2008 he spent time recording his new album titled 'A Busy Street'. Since then he has understandably been performing more regularly, and there is no doubt he enjoys what he does.

Greg Walsh's style is jazz/blues/rock but could kindly be categorised vocally,as having a classic jazz range with smooth husky undertones. Along side that he has a jazz rhythm in which melodies of a blues soul nature are incorporated. This action leverages room for interpretation and appreciation. Greg has a wonderful array of musical talent that sometimes appear live and are featured on his album .

Greg Walsh is also recognised as a solo performer pianist/singer/composer and lyricist. If you're looking to experience 'jazzy blues' with feeling why not check out Greg's act?

Are you ready for a big spoonful of rock/blues/soul mixed together in a bowl of well-polished music?  I hope so because that is exactly what you are getting with Greg Walsh's new record, A Busy Street.  Besides the core sound of rock, soul & blues heard here, I also picked up on elements of jazz, pop and classical.  Just like Neapolitan ice cream, there is bound to be a flavor here that everyone can agree on.  Get your fill of Greg Walsh as you savor all the diverse tastes that will melt in your ears.

Walsh is a singer/songwriter/pianist from Australia who is looking to spread his music from down under to up on top of the music world.  Greg additionally took on the role of producer for the new record while also handling the string arrangement and art work.  All music and lyrics were written by Walsh on A Busy Street, which makes this man one multi-talented artist.  In addition to Greg's shining efforts, there are some terrific musicians backing Walsh here: David Kleynjans on drums, Tim Reid on bass guitar, Ross Calia on guitar/engineering, Aaron Barnden on violin, Winnie Huang on viola, Bonnie smart on cello and Corrina Jane on backing vocals.  The mixture of players and all of the various instruments really added a rich & full texture toward the whole project.  The musicianship & instrumentation is extremely well done here as you get a very professional-sounding studio recording.  Layers upon layers of classy tunes are displayed here with precision and with finesse.

I was a big fan of the rockin' bluesy, jazzy soul sound that Walsh and his team were makin' here. Overall, you are getting a pleasant aroma of wonderful melodies that are hitting you from all directions.  You are sure to get some enjoyment out of listening to this record whether you like it or not.  I do appreciate what Greg Walsh has done here to make A Busy Street not sound so bad after all.

One point I would make and that is that Greg's voice & singing approach I would call an acquired taste.  Some may dig the vocal performance and others may not but that's okay because that's what makes this world go round.  I personally liked Walsh's singing style but I wasn't completely convinced after hearing all 12 tracks.  I may have to take another listen to really fully grasp where Greg is taking these songs vocally.  Other than that, bang-up job on this new record and a fine performance overall.  For more on this Australian-based artist and his new release, SKOPE out www.greg-walsh.com .  Coming soon to A Busy Street near you!

An overall rating of 3.50 stars means this release is above average and stands out compared to most of the music we hear. A few

areas could be stronger, but this is definitely a good release and you should be proud. You’re on the cusp of greatness and we think

that with some hard work, you’ll get even better.

Based on our listen, the following aspects of this release are outstanding. Keep building on these strengths.

Lead vocals are the first thing that most listeners pay attention to, so a great performance is essential. Your lead vocals really

grabbed us. We don't tag a lot of releases as having great lead vocals, so this is an excellent strength for you to have.

We felt the instrumental leads on this track were tuneful, interesting and well-articulated. There's no overplaying here, and nothing

seems to be lacking either. Spot on.

Above almost everything else, melody is an essential musical quality. Yours jumped out at us. Good melodies don't come easy;

you should be proud.

We thought this song had a logical structure and all the parts were distinct. A good song structure generally has both repetitioniand surprise, and we thought you nailed it.

In the studio, a good mix separates the men from the boys. It's relatively easy to get good raw tracks, but mixing them right is an

art unto itself. Clearly a lot of time and work went into the mix here. It's paying off.

All the elements in the mix here sound clear, and they coalesce into a cohesive sound that suits the composition. This is very

much its own art form. Nice work.

It sounds like you sent us well-mastered, high-quality files. We hear the details loud and clear. This is an essential quality for a

Having a good arrangement, with the right instrumentation, helps give listeners a better sense of what's happening melodically and

These are areas where we think you could spend a bit more time and energy. You may in fact have these things down, but on this

audience. This tag means we believe the track has the potential for mainstream appeal if some key elements are improved, such

as production, lyrics, arrangement or vocals. Take some time to check out Billboard.com to see what is popular right now, as well

as take a look at the top artists in your genre and see what elements contributed to their success. 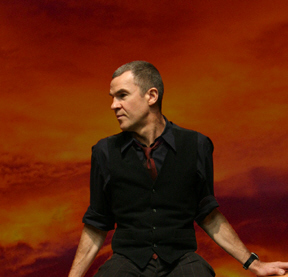